In the tournament, the junior squad averaged over 40 points a game while only allowing 15 points per game.

The team was led by Year 8 starters Max James, Charlie Mogg, Oli Power and Riley Stauner-Lumsden, who all showed great hustle and leadership throughout the tournament. Year 8 boys Meihana Gardiner, Kye McIntosh, Patrick Oates and Tahj Regattieri provided outstanding play at all positions when needed. The youngest boys on the team, Year 7 boys AJ Tillot, Cruiz Parke and Oscar McMahon, were all valuable contributors in each game.

With their win at the BBSSSA tournament, the St Edward’s junior basketball squad will next compete in the NSWCCC finals at Bankstown Basketball Stadium in November. 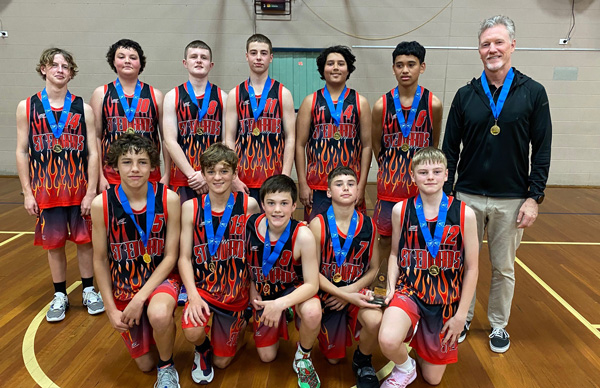