St Edward's College > Our College > Foundation and History
Foundation and History
In 1844 Mr William Shone received a land grant for the vacant land in Frederick Street. The land parcel was sloping and full of trees, blackberries and swamp. During 1850 to 1885 the land was sold and sold again until it was finally owned by Mr William Rogers, a hotelkeeper and councillor.

Mr Rogers constructed a cottage in 1889 and called it ‘Mona, Vale’. Mr Rogers reared his family in the cottage. After Mr Rogers’ death in 1906 the cottage was willed to his children who rented it to an asparagus farmer and to stock owners.

The first school in Frederick Street began in 1918 when the Misses MacCabe turned ‘Mona, Vale’ into a school for girls. William Rogers II constructed a large building used for a dormitory for the girl boarders. The girls’ school continued to operate at Frederick Street until 1923 when it ‘out grew’ the premises and moved to Lindfield.

During the war, in 1940, the grandson of William Rogers (who also has the same name) moved into ‘Mona, Vale’ with his family. During this time Land Army women worked the land as market gardens to help in the war effort. Part of the cottage was also used for furniture storage. In 1951 Mr Rogers built a new home on the property and left ‘Mona, Vale’ empty.

On 11 February 1952, the Christian Brothers purchased a section of the Frederick Street site. Mr G M Pluim of Wamberal was given the task of drawing plans for the school and for renovations to ‘Mona, Vale’. The school had four classrooms, science laboratory, toilet block, office and library.

The Christian Brothers took up residence in ‘Mona, Vale’ in April 1953 where they occupied two rooms and ate in the third. 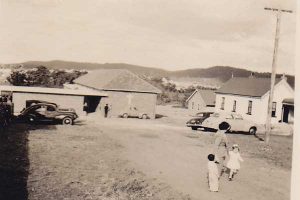 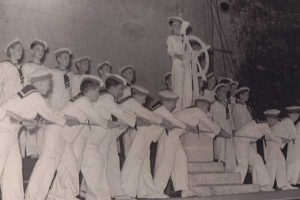 As the years progressed, the number of enrolments grew and by 1966 St Edward’s College boasted a second storey with four classrooms and offices as well as a new right wing with two science labs, three classrooms, a tuckshop, storerooms and toilets. The most appreciated addition to the College was, however, the handball court. The enrolment number reached 201 boys.

Mona Vale wasn’t becoming any younger so part of it was demolished and a new residence was built for the Brothers’ in 1970-1971. Mona Vale was repaired inside and out, new lighting fittings were installed and it was converted to staff quarters with offices, a common room, small library and resource room.

The Library was opened in 1972 and following this in 1980 the Technology block was completed. The Music Room (which was the former girls’ dormitory) was brick veneered.

Between 1984 and 1987 St Edward’s continued to grow with a new Library being constructed together with an AV room. A second story was added to the north wing and the canteen is improved.

Soon, the College required an indoor sporting/assembly area and the Edmund Rice Centre opened in 1999 together with a new undercover bus shelter. By 2001 the Food Technology facility was opened and the Technology complex was improved to include a new art and woodwork area.

Further development and improvements were made in 2004 to 2005. These developments included the addition of a third floor on the Haseler wing, which was also air conditioned; refurbishment of the existing rooms in the Haseler wing; new entrance and administration area; refitted rooms to accommodate 12 offices for the Pastoral Care team. In these improvements a lift, located near the Canteen, was also installed to allow access to all floors in the main building complex.

In 2020 the new Wellbeing Centre was constructed. The new facility provided a specially designed area for the Pastoral Care team including the College Counsellors.  At the entrance of the building the Enrolment, Marketing and Communications offices were located.