Congratulations to Cead Conway in Mrs McDonald’s Year 7 class, for his outstanding work in English. Year 7 boys have been working on their writing through a unit called ‘Epic Quests’. Cead has developed a series of maps based on Ireland and his writing and visuals which set the scene for the larger body of work he will submit in Week 10 shows amazing promise. Well done, Cead.

The Gaelic Gladiator was from a long reign of powerful people in his land. His forefathers carried the same name and folklore is riddled with tales about them. The land of Meanbh-Chuileag and their name had a connection that gaped back an eternity. He was known throughout the lands and Europe as the Gaelic Gladiator, a fiery redheaded, strong, tall man and the very earth shook beneath his feet. His name was Cead Mile Conway, in Gaelic that meant one hundred thousand mountains. He was born in Ireland, a green, mysterious and magical land, filled with the haunting sounds of the ancestors who had walked these fields before him. The mountains and valleys had whispering winds, his town was stretched upon the coastline of south west County Clare. The land of Meanbh-Chuileag was set high on a foreboding cliff, which overlooked the Cliffs of Moher. It was a cold dark land but also filled with much beauty.

It is from within these very lands that our hero will emerge. 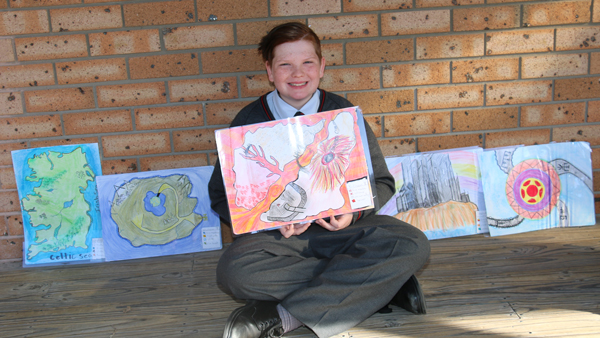