There were only two other school’s challenging us for the title but we knew the day would be difficult and first up was Kincumber High School. They started strongly to grab an early lead before our team blew off the cobwebs to eventually touch down and bring the game level. This try opened up the floodgates and before long the game was all over with the Eddies men winning 42-5.

The final game was played against Terrigal High School and from the kick-off it was evident that our team would dominate proceedings. Within no time, nine tries were scored, and the game ended with a 55-0 victory.

Each player contributed to the team’s success and they were admirably led by their captain, Atticus Fotofili, who also took out the title of Player of the Tournament.

The boys now get to look forward to playing at the King’s School in Sydney for a chance to be state champs! 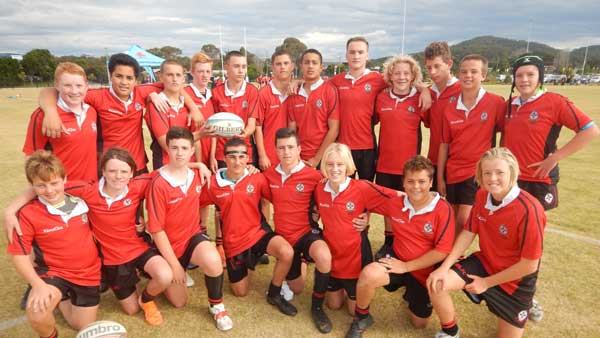