Under 14 Rugby League
The Under 14’s Rugby League side were scheduled to play in the next round against St Joseph’s College, Lochinvar at Cessnock Sports Ground.

The game began well for the boys scoring an early try through Jay Clarke which was converted by Sam Flakus. Lochinvar drew level 2 minutes later but our boys composed themselves and went into the halftime break with a handy 16-6 lead. The second half produced the same result with Jay Clarke claiming his hat-trick and Donovan Wright scoring a powerful try from 25 meters out. Other try scorers were Riley Turner and Kieran White. We finished with a convincing 32-12 win and progressed through to the next round to be played in Port Macquarie. 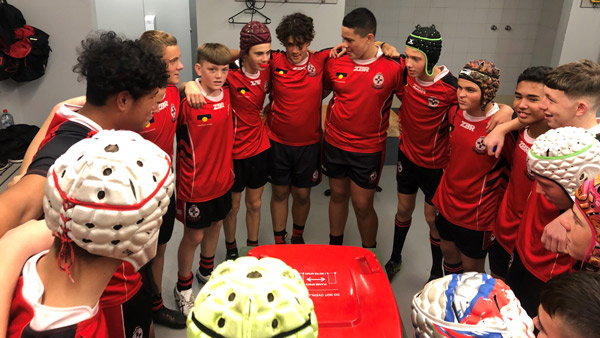