Under 14 and 15 Annual League Game vs Blacktown Patrician Brothers
On 13 March our two teams made the journey out West to Blacktown for our annual rugby league game.

This game has been played for 17 years and is a testament to the camaraderie between the two Colleges.

When we arrived, the boys were impressed to observe a beautifully manicured oval to play on.  The team also noted what a multi-cultural school Blacktown is compared with our own.

There was a great atmosphere throughout the game especially when the crowd roared. Taking on last year’s State Champions is a tough task but our boys were up for the challenge.

Both games began impressively for St Edward’s with great charges from the forwards and slick work from the backs. This gave our boys plenty of confidence, but Blacktown were not going to go away without a fight. As the games progressed Blacktown showed their great depth and began to dominate both on the field and the score board. The tough tackling from all players and organised attack was a feature of these highly entertaining contests. At full time, Blacktown were victorious in both games. All those who played need to be congratulate for the spirit in which the games were played.

After the game, 2 players from each team were selected as the best players.

Under 15’s:  Will Hodder and Kyle White 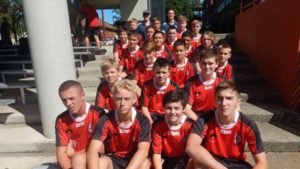 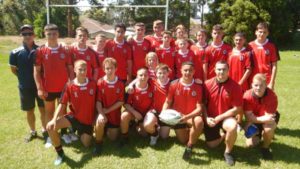