For a lot of the boys, it was their first time representing the College! Our first game saw a comfortable win over Terrigal which saw Noah Flaqus stand out in the middle making several line breaks.

Our second game was a tougher game and luck did not go our way. The opposition got an intercept and even though we were dominating the ruck we ran out of time to score again. Owen Clark had a great performance in the middle and Cooper Smith made some great tackles!

Our third game we needed to win by 50 to make the semis and we did just that. James Boerner, Cruiz Parke and Austin Flaqus all stood out scoring multiple tries along with Cooper Rubergotti. Unfortunately we lost in the semi final to Brisbane Water High School after they scored early. We were nearly able to come back however when James was running around to score under the posts the referee saw that he put his foot on the line.

Although the outcome was unfortunate, the boys all had a lot of fun playing together representing the college. I am sure that this team will only get stronger next year! The man of the match on the day went to Cruiz Parke who is an outstanding player with a lot of skills. 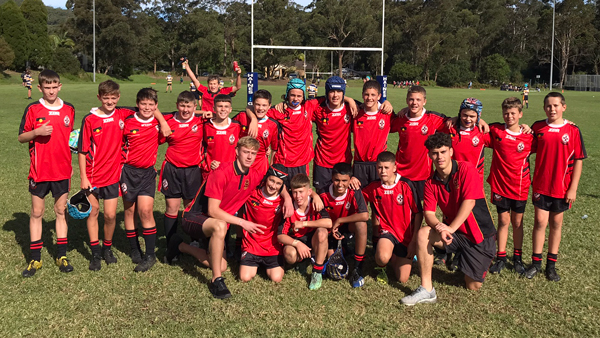