The boys were really excited about getting another opportunity to represent the College and each student did so with pride. The team won their first two round games and after scoring first in the semi-final, progressed through to the final after a late come back from MacKillop Catholic College saw them get a draw at full time in the semi-final clash. The final against MacKillop was a good contest however our boys ended up winning 12-4 simply because they wanted it more!

It is the first time the school has ever won this event and it was a great feeling for the boys to have their trophy displayed in the foyer of the College. On the day Cruize Parke stood out in the backs along with James Boerner and Austin Flaqus. Nixon Yarnold had a great day in the halves whilst Noah Flaqus was our best forward. The player of the tournament was given to Cooper Rubagotti who played outstanding both in defence and in attack. 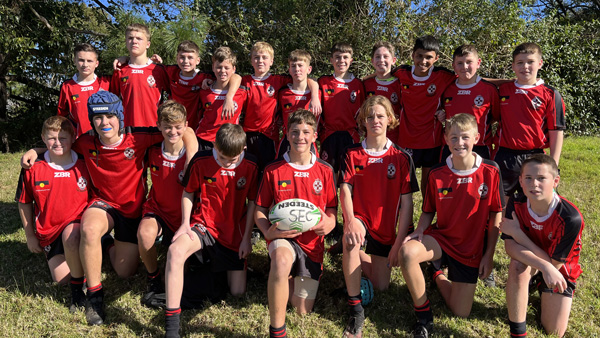