In the finals, we played St Augustine’s Catholic College in the semi-final (winning 5-2) and Mater Maria Catholic College again in the grand final winning 3-1. The result meant that we were crowned Broken Bay Champions. A fantastic achievement by a very talented group of young men. The results reflected the team’s ability to control the tempo and flow of the game, with the boys rarely troubled throughout the day.

The day also doubled as a selection for the Broken Bay team to contest the NSWCCC trials in late March at Nelson’s Bay. We had six boys selected in the Possible’s V Probable’s game. Sebastian Plaister, Kieran Diamond, Joel Shereb and Sean Bullen made the team. 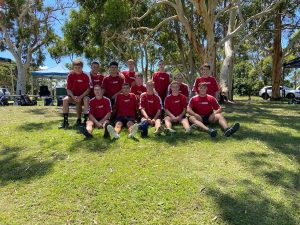