Open Rugby League
The Open team finally wrapped up their season, contesting the NRL Schoolboy Trophy Final Day against Callaghan College Jesmond (the Country winner). The game was held as part of the Schoolboys Finals Day at CCRSC Tuggerah.

On the back of our Year 12 boys wrapping up their formal celebrations in the morning, we travelled to Tuggerah, full of confidence. The team very excited to play in front of family and a big contingent of Year 12 students.

The senior boys certainly did not let the team down with their vocal support. We had spoken about not letting the emotion and energy of the environment, get the better of us and it did take the boys a while to settle into the contest. Callaghan were certainly up for the game and came ready to play.

Callaghan started quick. A few early mistakes with the ball and in defence, saw Callaghan grab two early tries and put the team under pressure for the first time this year. To their credit, the boys hung in their and clawed their way back into the game. A try right on half-time allowed us to take the lead for the first time and it looked as though momentum had swung our way.

We went into the second half confident the game was ours for the taking. Unfortunately, Callaghan had other ideas and started as they had in the first half. They scored back-to-back tries and we spent most of the half chasing them. Again, we were good enough to claw our way back, scoring, to take the lead 22-20. Callaghan just wouldn’t go away and scored a try off a contentious call. We had time at the end to score but just couldn’t conjure a try.

While the boys walked off disappointed in the result and how we had played, there was certainly no doubting the great effort Callaghan put up as deserved winners (26-22).

The boys as a team, did a great job all year. They played some fast and entertaining football at times that was founded on their tough and uncompromising defence. While the result didn’t go our way, it is fantastic to see our school competing consistently at this level. Well done, boys. 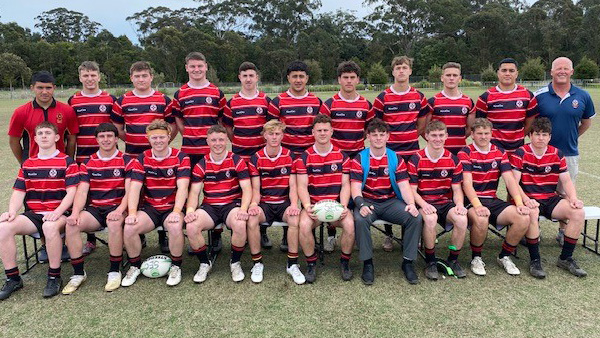