Mini Debating Cup
Towards the end of Term 3, to consolidate the students’ knowledge and skills of the media unit, Fake News, Mr Neve and Ms Nowalinski’s Year 10 classes competed in a mini Debating Cup.

Run over a series of lessons, students selected their teams and were allocated a debate topic to compete for a place in the finals. The students took to the task with enthusiasm and employed their skills in persuasion and rhetoric to much applause. The finalists who battled it out in the Grand Final were:

Their topic for debate was, The Australian Government should censor content on the internet. Under the adjudication of Mrs Katie Moon, the students presented some very compelling arguments, but in the end, the Affirmative won the day and took out the title of Inaugral Year 10 Debating Cup Winners!

The event was such a success that we hope to extend this tournament next year across the whole of Year 10 for the Year 23 Debating Cup. 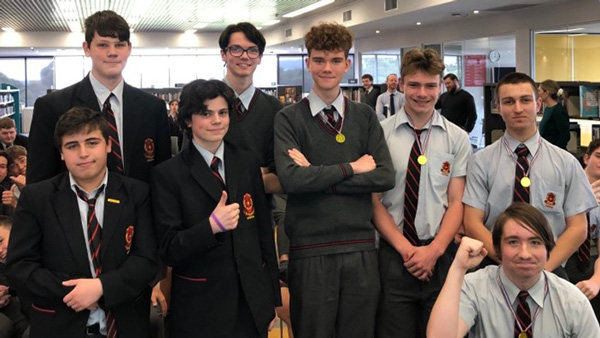