Maths Week was held again this year at St Edward’s College, with celebrations taking place throughout Week 6, aligning with International Pi Day on 14 March. Throughout the Week, various activities and initiatives were offered, exposing the boys to the wide world of mathematics.

On Tuesday of Week 6, the College invited Inquisitive Minds to come in and run sessions with all of Year 8. Inquisitive Minds is a hands-on, engaging workshop, where the boys are able to compete in problem solving challenges in groups, while learning important skills that can benefit them in the classroom along the way. It was great to see so many boys completely immersed and engaged in the activities throughout the day. The workshops were assisted throughout the day by Year 10 leaders, who did a fantastic job in ensuring everything ran smoothly. A special thank you to Mr Marks, who coordinated the running of the day – it was very well organised, resulting in its success!

Year 8 Art classes joined in the Maths Week fun again this year, creating cityscape artworks based on the digits of Pi. Over the week some great artworks were produced and five of the best were chosen to receive prizes – Congratulations to Luka Coughlan-Berg, Max Young, Callum Griffin, Harry Call and Reid Spokes. A big thank you to the Art staff for running the Pi Cityscapes Art competition and joining in on the Maths Week fun! 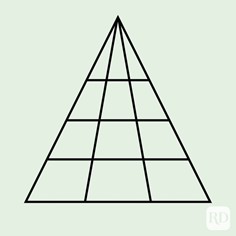 How many triangles can you find?

This year the Academic Portfolio came up with a new Maths Week initiative – a football kicking competition. A number of teachers and students nominated themselves to compete in the competition. Competitors had to kick a rugby league ball off a tee three times, with the distances measured each time. Students from the College were given the opportunity to submit their estimates for who would kick the longest and how far each teacher and student would kick on average. Prizes would be awarded to the students with the closest estimates.

Unfortunately, due to the non-stop rain we have had for the past couple of months, we had to postpone the competition for a later date.

Thank you to the Academic Portfolio, Mrs Abbott-Atchison and Mr Rozario for their work in planning this activity! 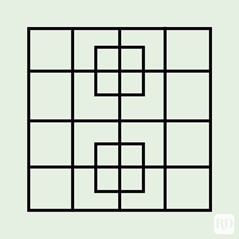 How many squares can you find?

The celebration of Maths Week concluded on Friday 11 March, with the College assembly taking on a maths theme. This year’s assembly took on a more interactive approach with the audience being asked various brainteasers and receiving rewards for correct answers. It was fantastic to see so many students getting involved!

During the assembly the College was also treated to the annual Pi Recital in which students from various years battled to recall Pi to the most number of decimal places possible. This year saw the highest number of competitors we’ve had since the initiation of the Pi Recital and it was another exciting battle that kept the whole assembly on the edge of their seats. Much to the shock of the audience, 2021 Champion and Year 10 student Kai Maitland was knocked off by two incredible Year 7 students, who ended up reciting 120 digits of Pi. The eventual winner of the Pi Recital was Josh Saul, with Max Klein-Schiphorst coming in second place. A huge congratulations goes out to both these Year 7 students as well as everyone else involved!

Thank you to all the staff and students who were involved in Maths Week 2022, in particular Mrs Abbott-Atchison, Mr Rozario and the Academic Portfolio for all of their efforts in the design and implementation of the activities throughout the week.