Central Coast Rugby Sevens Under 13’s
After dominating the Central Coast, our team was ready to take on the other champions from across NSW.

We kicked off the day with a hard fought win against the might of Endeavour Sports High School, who had speed and size beyond their years. Despite this, Matthew Humphries and Fletcher Stuart combined to score 26 points, which proved to be too big a tally as Endeavour only managed 12 points of their own. The next pool match was against Narromine High School and everyone contributed in the hot weather to pile on the points, taking out the game 22 -7.

In the semi-final we came up against a very quick Singleton High School side and they got out of the blocks early to score 14 points. We came back, showing grit and determination, to score 10 points of our own; yet with a 5 m scrum ready to be fed in our favour, time ran out and the final whistle sounded. Unfortunately, this meant that we just missed out on a place in the final, however, the team can hold their heads up high knowing that they are one of the best sides in NSW. 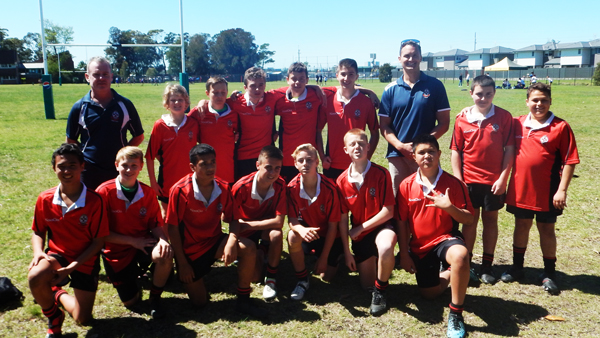