The game started off slowly, with both teams testing each other out on a dry track given the weather we had had earlier in the week.

It did not take long for the boys to kick into gear. The nerves seemed to settle, and we started to make in-roads through the middle, led by Atticus Fotofili and Malachi Smith. From there we were able to attack their edges, with Aymn Hamilton, Kieran Diamond and Tyrone Dorrell taking advantage of the space and time created. Off the back of this we scored some great tries, going to the break leading 22-0. Kieran’s try off the kick-off was a highlight of the half.

At the break we spoke about continuing-on with the momentum we had created, pushing up through the middle and attacking their edges. And that was exactly what the team did. Mason Stafford took advantage of some early ball to score a couple of tries late in the half to extend our lead over Tuggerah Lakes Secondary College. Late in the half we had the luxury of resting a few players to back-up for the Open’s game later in the day. The boys ran out eventual winners 38-6.

The result sees them crowned Central Coast All School Champions. Unfortunately, this is the last game for the boys this year. With the restructuring of Schoolboy Rugby League – there is no further pathway competitions in the Under 16’s. Well done on a great season boys. 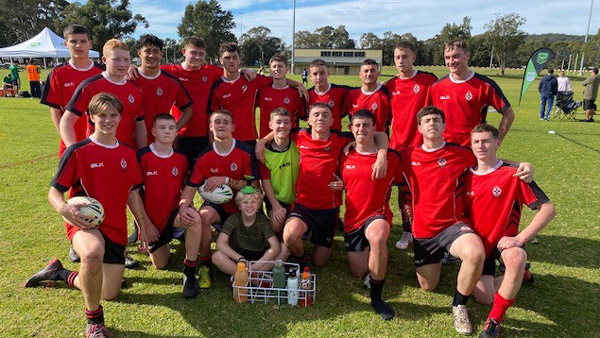