The Open’s team were drawn to play Tuggerah Lakes Secondary College and their depth was tested with injury, illness and representative commitments contributing.

A number of changes and inclusions were made in the Open’s team in the days prior to the game. However, the one consistency was that the boys that came into the team, would do the College proud and play their part in the team, as needed.

What eventuated in this game was one of the better performances both Mr Beacroft and I, have seen from an Eddies team. Taking into consideration that we were unable to train in the lead up, it was remarkable how easily the new boys slipped into place and played their role.

The team was led by Tyler Moriarty, who controlled the tempo of the game and the centre of the field, Owen Flaherty, who added a touch of class in attack and controlled our field position and Beau Newlands, who chimed in all over the field when needed. The end result was a resounding win 42-0 against a Tuggerah Lakes Secondary College side boasting a quality team.

But the highlight of the day was the work of the unsung players who stepped in and did their work without fanfare. We had first timers, Jackson Ryan, Matt Smith, Jonty Clayton and Cruz Yarnold, who all answered the call-up and played really well individually and in their role in the team. Josh Attard. Lulu Paea, Tommo Peters, Toby Paterson and Ullysees Fotofili, who each had to step-up and play a more senior role for the team. And finally, Tyrone Dorrell, Kieran Diamond, Will Hodder and Atticus Fotofili, who each backed-up from the earlier Under 16’s game to play for us.

The win saw us crowned as Central Coast All Schools Champions. We now progress to the Semi-Finals of the Sydney Metro Cup. This will be played (COVID restrictions dependent) at North Curl Curl against Narrabeen Sports High School  and St Patrick’s College, Sutherland on Tuesday 24 August. Winner of that day progresses to the Sydney Metro Grand Final (TBC). 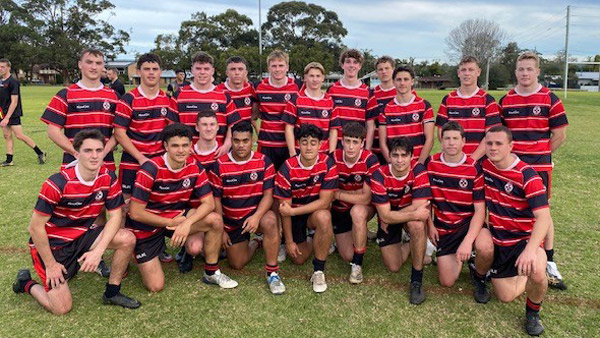