Berg Shield – Finals Competition
On Tuesday 26 February, the College Berg shield team made their way to Raby Oval, Raby to play in the final’s competition.

Our first game was against MacKillop College Port Macquarie. Tom Owen won the toss and decided to put MacKillop into bat. A great start picking up the openers and number three for less than a dozen runs. The innings lingered on and we had a few missed chances allowing MacKillop to get to 7/95 off their 20 overs with Lachie Shedden and Nick Toohey the standouts with the ball.  Lachie taking 4/14 off his 4 overs and Nick 2/27 off his four.

The batting innings started off even better at the 10 over mark we were 1/62. Tom Owen scored 39, Alex Bell scored 22 and Lachie Shedden top off the player of the match performance scoring 18. From then on, the news went from bad to worse. We went from 1/62 to 6/89 in the 18th over, finally finishing 9/95 at the end of the final ball.

MacKillop went through to the final as they had lost less wickets than we had in their 20 overs and we had to play in the bronze medal game.

In the second game of the day things returned to normal with Tom losing the toss and De La Salle College sent us into bat. Tom Owen and Will Cohen both batted well and lead the team to a score of 4/144 on a much smaller field than the game earlier.

The bowling performance was a little astray from the start and probably reflected a deflated team from the earlier loss. Alex Bell was the shinning light in this game with the ball taking 5/14 off his 14 overs.  De La Salle College were chasing hard on the back of poor catching and sloppy work in the field they needed 14 off the last over. Nick Toohey came back on in the 20th over and finished out the innings with De La Salle College being bowled out for 130. 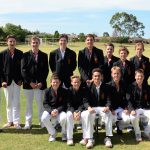 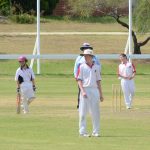 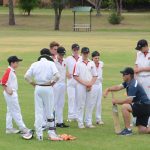 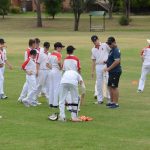 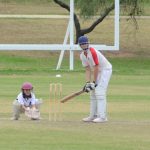 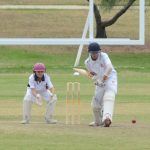 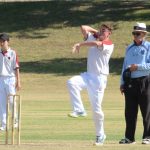 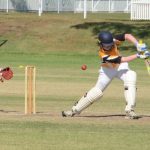 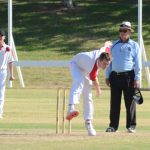 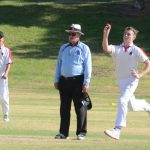 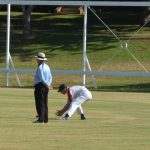 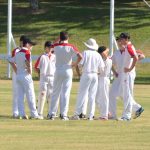 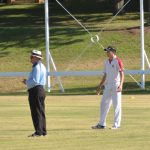 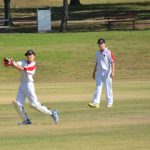