After a close overtime win against St Peter’s Catholic College, Tuggerah in our opening game, the boys went on to win the next 5 games to claim the junior basketball title.

The team scored 189 points while allowing only 18 points being scored against them.

Ms Alcorn commented on how the team kept playing better each game, and Mr Ellis said players stepped up and made big plays when the team needed it most.

The team was coached by Mr Odden and Ms Henderson. 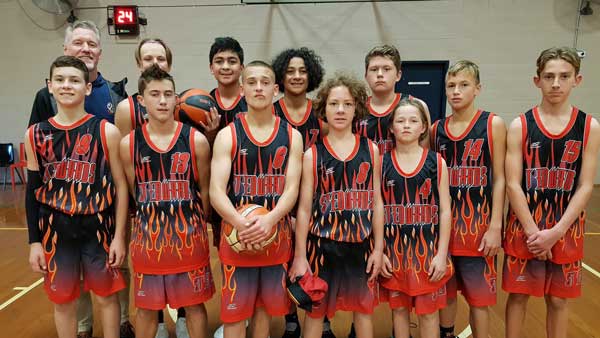