The St Edward’s Under 13’s Touch Football team played on Thursday 28 March in the Broken Bay Championship. The Team was student led, captained by Sean Bullen and made stronger by experienced players Byron Marks, Mathew Humphries, Zachary Straker and Harley Dimech. All players worked together on the day to put together five matches where they scored multiple tries, without  conceding any.

In the finals the referees introduced a rule that hadn’t been enforced previously during the day where 7 players had to be on the field instead of the normal 6. This interfered with the St Edward’s team interchange and led to players being on the field who were tired. Although St Edward’s scored first with Tom Roth racing away in the first few minutes, St Augustin’s, the opposing team, came back with two tries to take out the final.

The boys took it hard but left with their heads held high having represented the College with pride. Sean Bullen was the deserving winner of the ‘player of the final’. I am sure that they will return next year with more experience and energy to take out the final! 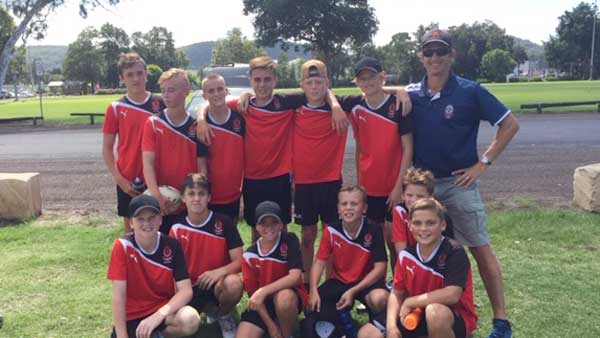